Are you moving to Evershot?

Will you be moving to Evershot this year? The pretty village is situated in West Dorset, approximately 7 miles south of Yeovil in Somerset. It sits almost 600 feet above sea level and is the second highest village in the county. Evershot has connections with Thomas Hardy. He designed an extension for what is now called Summer Lodge Country House Hotel in the middle of the village. The map below shows the location of Evershot.

You will need a car if you’re considering this village. The two closest stations are Chetnole, which is 2.4 miles away, and Yetminster station is just over 4 miles from the village. The A37 runs close to the village.

What are the property prices in Evershot?

Local Council when moving to Evershot

A visit to the Acorn Inn at 28 Fore Street would be very enjoyable. The old coaching inn has been featured in several Thomas Hardy books including Tess of the d’Urbervilles where he called it the Sow and Acorn.

It has been awarded a Gold in the Taste of the West Awards 2014 in the best dining pub category for the South West of England. It received an excellent review in Condé Nast Traveller, as well as the Sunday Telegraph, Sunday Mirror and Country Homes and Interiors.

If you’re moving to Evershot, and need to know the broadband availability, simply visit www.cable.co.uk

When considering a move to the Dorset, Hampshire or Wiltshire area, Maidmans Moving & Storage have been providing a removals, packing and storage service for over 30 years and are members of the British Association of Removers.

Maidmans Moving & Storage not only provide a Evershot removals but also provide specialist removal services to locations around the UK, Europe and all International destinations. We work tirelessly to provide the best possible service and peace of mind for those looking to move home. 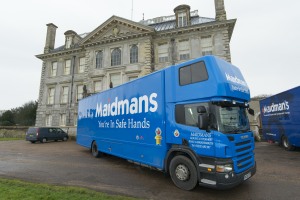 DOMESTIC MOVER OF THE YEAR 2017 FINALIST 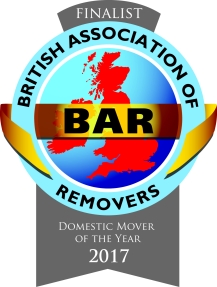 DOMESTIC MOVER OF THE YEAR 2017, The British Association of Removers has released the shortlist of domestic removal companies, which includes Maidmans Moving & Storage, for the title of ‘domestic mover of the year 2017’.

The first round of scoring for this year’s DMOTY competition has already been carried out by a panel of independent judges, from a variety of organisations, who separately judged different elements of the entries without access to the other judges scores.

The judges were asked to score, based on the “customer experience”. As expected this year has seen a comprehensive first round of judging, using more independent judges, and judges with specific expertise in areas such as website analysis and the whole customer experience.

Following this robust round of judging we are delighted to advise that the following companies have been shortlisted:

The next stage of the DMOTY process is to carry out a customer satisfaction survey during the next few weeks after which the finalists will be announced.

COMMERCIAL MOVER OF THE YEAR 2017 FINALISTS 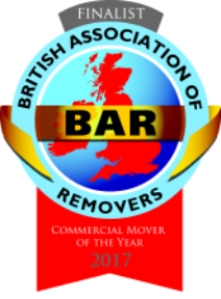 CMOTY 2017 or ‘The Commercial Mover of the Year’ 2017 is the British Association of Removers prestigious UK commercial removals competition and open to companies who carry out commercial relocations as part of their service offering.

Maidmans Moving & Storage achieved the Finalist stage in 2008 and 2014 and were awarded a Certificate of Merit in 2012. The award is designed to reward best practices and partnerships between commercial movers and their clients, with each case study being judged individually and on its own merits.

Whether moving a small business or delivering a large scale logistical/complex project, CMOTY encourages companies to raise the standard for commercial relocation services. We look forward to the forthcoming announcement revealing the overall winner of the Commercial Mover of the Year Competition for 2017.

This domestic removals item is brought to you by www.maidmans.com the removals and storage company serving Evershot and the surrounding area.

To submit any news story or coming event please submit copy and photos to newseditoruk@gmail.com

Maidmans are proud to have achieved the following in the British Association of Removers prestigious removals competitions:

Maidmans was founded in 1979 and since then Maidmans has expanded into an industry leading removals, storage & shredding business. Maidmans are first in the UK to attain all three BSI quality standards for: